The project proposes to demolish the two (currently vacant) 1-story buildings and replace it with a single 3-story 50-ft high 30,590 s.f. commercial building, with an option for the first floor to
become an evening restaurant(s). The existing 3-story building along Gregory lane will remain.

A 2+ tier parking structure will be located at the northwest corner of the existing surface parking lot. The parking will be shared if the first floor becomes an evening restaurant(s).

The Planning Commission held a “special” public hearing on August 4, 2020, continued the item to the August 11, 2020 public hearing, and denied the applicant’s Minor Use Permit application PLN 20-0135, submitted by Leah Rosenthal-Kambic of Kid Time. The applicant requested approval of a Day Care, general use in an existing two-story building.

The proposal included an interim and permanent business operation as noted below:

Interim Business Operation (During the COVID Pandemic): Kid Time would offer full-time care for up to 24 school-aged children (1-5th grades) who would perform “distance learning” school activities under the supervision of Kid Time teachers. In addition, Kid Time would offer a Kindergarten program for up to 24 children. All children would have access to additional before and after-care at Kid Time as needed.

Kid Time requested approval to enroll up to 50 children. As proposed, the facility would operate from 7am-6pm Monday thru Friday. The rear driveway space would be used throughout the day for outdoor play space. The application included a Use Permit request for parking related adjustments that would allow the existing parking lot to remain in substantially the same configuration with minor changes to address ADA accessibility. The project site is located at 1942 Linda Dr. The site is zoned RB – Retail Business. Assessor Parcel Number: 150-125-011.

Request for day care, general use for approximately 30 children. The site is currently developed with a single family home, previously used for a large family day card.

The applicant is requesting approval from the Architectural Review Commission to modify, restripe and expand existing parking lots along the southwest and southeast portions of the Ellinwood Apartments site. The project includes a new, 2,421 square foot, seven-space, surface parking lot, accessed internally via the existing, southeast parking lot. Other modifications include restriping and new curb ramps at ADA accessible parking, removal and replacement of existing trees, and landscape modifications. The two subject parking lots currently provide 126 spaces, combined. After the proposed modifications, the two parking lots would provide 133 parking spaces. The application includes a Use Permit request for reduced a landscape strip width (2’-6 ¾” proposed where 10’-0” is required) and for reduced, distributed landscape area (2.5% and 2.7% where 10% minimum is required).

34 unit single family detached small lot residential subdivision that would be located on the site of the existing Pleasant Hill library totaling 5.002 acres. This proposed residential subdivision is one component of an overall Specific Plan for development of the approximately 16 acres of County-owned property which comprises the Oak Park/Monticello Site Program Area. 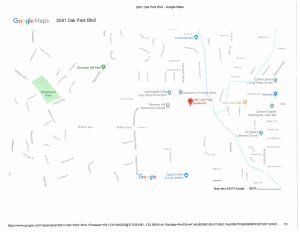 Request for Use Permit to allow Day Care, General.

Exterior modifications to an existing commercial building and modified site improvements to parking and landscape. In addition, a Use Permit request to establish a drive-through facility.

Minor Subdivision (Vesting Tentative Parcel Map), submitted by Providence Development Corporation for a 4 lot single family residential subdivision. Proposed site improvements include stormwater treatment, retention facilities, and the removal of all 40 trees from the site. The project site is approximately 1.19 acres and the proposed subdivision would have lots ranging in size from 10,549 to 12,262 (net) square feet. As proposed the project site would be accessed off of non-exclusive easement off of McKissick Street.

Each proposed home will consist of:

A request for an Architectural Review Permit (PLN 19-0371) for an exterior building color change to the existing exterior of Jack’s Restaurant and Bar in the Downtown.Pleasant Hill area. The building colors proposed are- a medium beige and light green for the body (both warm, earthy tones) with darker green and brown for the accents and trim. The subject site is at 60 Crescent Drive, Suite A, (limited to exterior of Jack’s Restaurant and Bar only) on the east side of Crescent Drive. The property is zoned PUD-DSP. Assessor Parcel Number: 150-300-004.

Request for an Architectural Review and Sign Permit for exterior modifications for an existing gas station at 1616 Oak Park Boulevard that is undergoing a branding change from Mobil to Speedway Express.  The project proposes the following:

No other exterior improvements are proposed for the existing gas station.

The proposed request is to consider an Architectural Review Permit for exterior building color changes to an existing retail shopping center at 1601-1699 Contra Costa Boulevard.

Note: This project was completed prior to approval by the City of Pleasant Hill and is an after-the-fact permit request.

Request to demolish approximately 76,000 sf of existing in-line retail buildings and replace it with a new 80,000 sf retail building.  In addition, other existing shops would be provided with storefront modifications.  Lastly, other proposed site improvements include re-striped parking, lighting, landscape, new dog park, and a new creek side trail.

A new 1,700 sf commercial building to include site improvements such as landscape and 18 parking spaces.  Currently, no tenant(s) is proposed.

The approximately 16.6 acre project site is located at 1700 Oak Park Boulevard at the intersection of Monticello Avenue, Pleasant Hill, CA on property owned by Contra Costa County. The proposed project includes the following: a) demolition of the existing library and administrative offices; b) construction of a new public library; c) a 34-unit single family detached residential development with 7 accessory dwelling units; d) a public park including two sports fields which may be lighted for evening use; e) associated public and private infrastructure improvements needed to serve the project (e.g. roadway, pedestrian and bicycle improvements, utilities, flood control and drainage facilities, pedestrian/bicycle bridge over Grayson Creek, and related improvements).

The overall project would also provide public improvements along Monticello Avenue and portions of Oak Park Boulevard with the addition of sidewalks, curbs, bike paths, drainage facilities and street trees. Oak Park Boulevard is proposed to be widened by approximately 10 to 20 feet along the southern frontage of the project site.

The project is anticipated to include the following discretionary land use and related actions by the Lead Agency (City of Pleasant Hill):

The 2.33-acre site is proposed to be developed with 189 apartment units and an underground parking facility. The site is currently developed with an unoccupied 2-story 38,700 square foot office building (formerly tenanted by Wells Fargo Bank offices).  The proposal includes a Rezoning (New Specific Plan/PUD Concept Plan and Downtown Specific Plan Amendment (Removing the 2.33 ac. from the DSP)), Development Plan Permit, Architectural Review Permit and General Plan Amendment.  The residential structure would range in height from 3 to 4.5 stories.

The applicant is seeking approval of an Architectural Review Permit for an addition and remodel of an existing day care building. In addition to a 499 square foot addition, the applicant proposes building upgrades, including a new roof, HVAC upgrade, extension of backyard play area, enhanced building aesthetics and new parking lot striping.

Installation of a small cell wireless telecommunications facility on an existing wooden utility pole in the public right-of-way. The facility will include: (1) cylindrical antenna, (1) electrical meter, (1) disconnect, (4) couplers (contained in shrouds), (2) RRUS-32 units with shrouds, (3) ground bars, (1) fiber demarc box, and (1) C-channel standoff mount. the equipment will be painted to match the wooden pole.

Proposal to revise the exterior elevations of 44 recently-approved three-story detached single family homes in PUD Ordinance 914.  Also, a proposal to modify the design of the approved perimeter wall and provide six (6) additional Accessory Dwelling Units (ADU’s), to the original nine (9) ADU’s approved with the original project, for a total of fifteen (15) ADU’s.

A preliminary application by Choice in Aging (formerly Rehabilitation Services of Northern California) to redevelop the current site to have various complementary uses as summarized below:

The following are the staff report and attachments from both the Architectural Review and Planning Commission Hearings.

Attachment A – Conditions of Approval

Replacement of two separate day care sites at 1715 and 1725 Oak Park Boulevard with one new day care center facility that would be located on both properties that would serve up to 72 children, which is consistent with the total number of attendees allowed for both previous facilities.  The site is located at 1715 and 1725 Oak Park Boulevard, APN’s# 170-071-008 & 009.

The City of Pleasant Hill has received a request for an application to establish a Planned Unit Development District and Concept Plan and approve a Major Subdivision for a 17 unit residential subdivision at 2150 and 2198 Pleasant Hill Road.

The following are links to the Architectural Review and Planning Commission staff reports that have been held thus far on the proposed project and the City Council staff report.

Attachment I – Outside Agency Comments

Attachment K – Errata to the IS/MND

Attachment A-1 Draft Recommended Conditions of Approval Exhibit A

Attachment F-1 Errata to the IS/MND

Attachment A-2 Proposed Resolution and Conditions of Approval

An Architectural Review Commission is schedule for September 20, 2018 to propose a recommendation to the Planning Commission on the proposed architectural design, including landscaping, for the proposed project.  The staff report can be viewed through the links below:
Staff Report

Attachment A – Proposed Conditions of Approval

An application for a Planned Unit Development District and Vesting Tentative map for a 17 lot single-family residential subdivision.  The project will include new private streets, landscape areas and frontage improvements.

The following is a link to project information Here

11-16-17 PC Letter of Approval, Resolution, and Conditions of Approval

A general day care for up to 72 children in 2 of the existing 3 buildings at an existing church use. 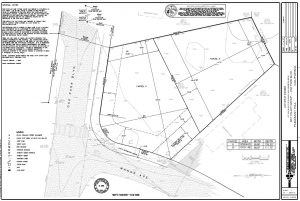 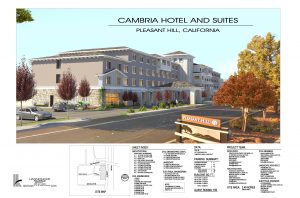 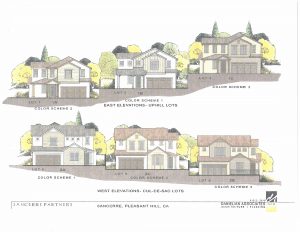 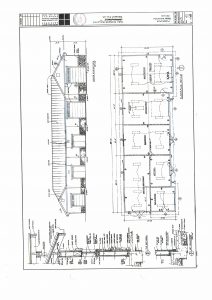 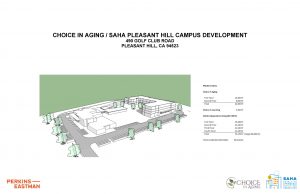 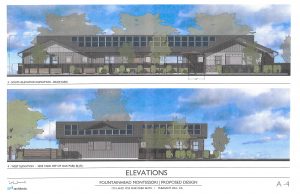 A general day care facility for up to 72 children 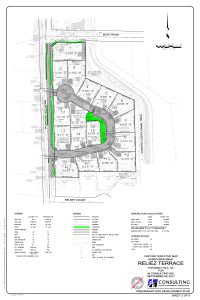 An application for a 17 lot single-family residential subdivision. 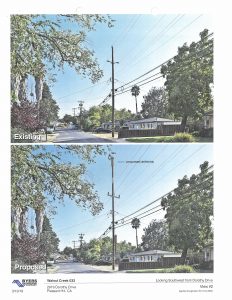 Installation of a small cell wireless telecommunications facility on an existing wooden utility pole in the public right-of-way. 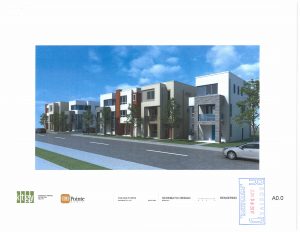 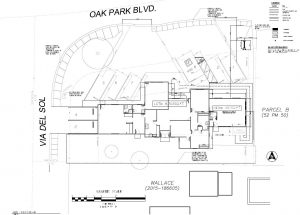 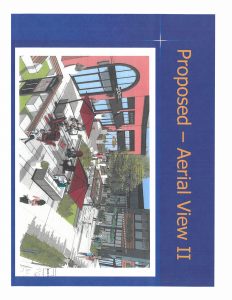 Site improvements to the west plaza in Downtown Pleasant Hill 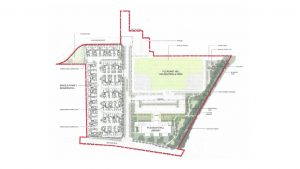 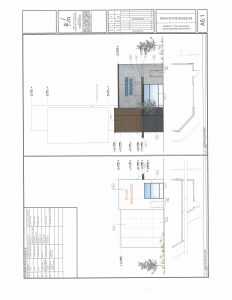 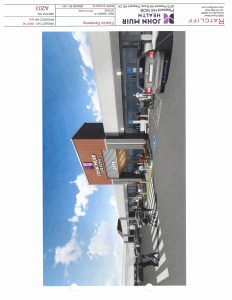 Development of a single 3-story 50-ft high 30,590 s.f. commercial building, with an option for the first floor to become an evening restaurant(s). 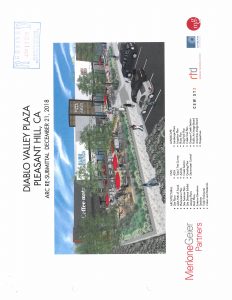 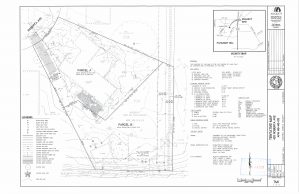 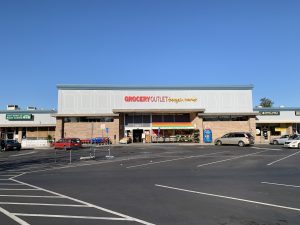 The proposed request is to consider an Architectural Review Permit for exterior building color changes to an existing retail shopping center at 1601-1699 Contra Costa Boulevard. 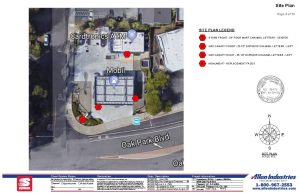 Request for new signage, fascia and building colors at an existing gas station. 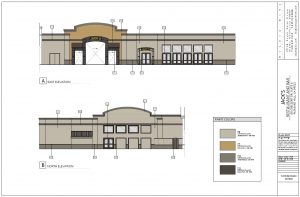 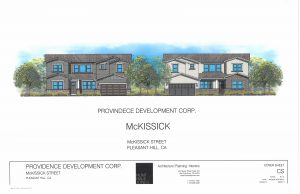 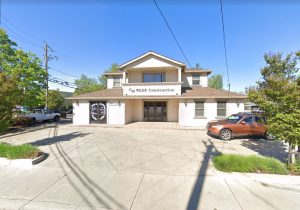 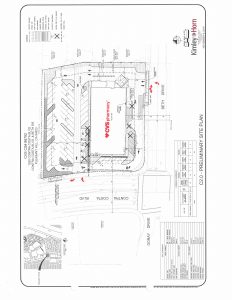 Request for Use Permit to allow Day Care, General. Hours of operation:Monday - Friday 7:00am to 5:30pm 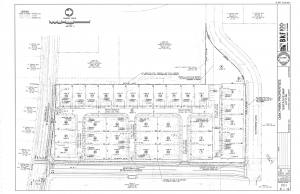 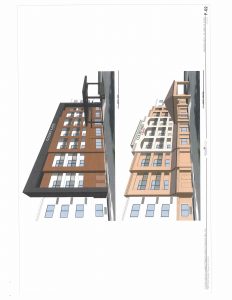 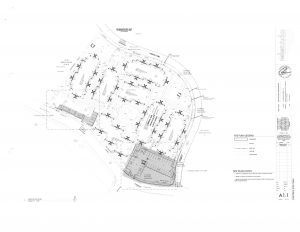